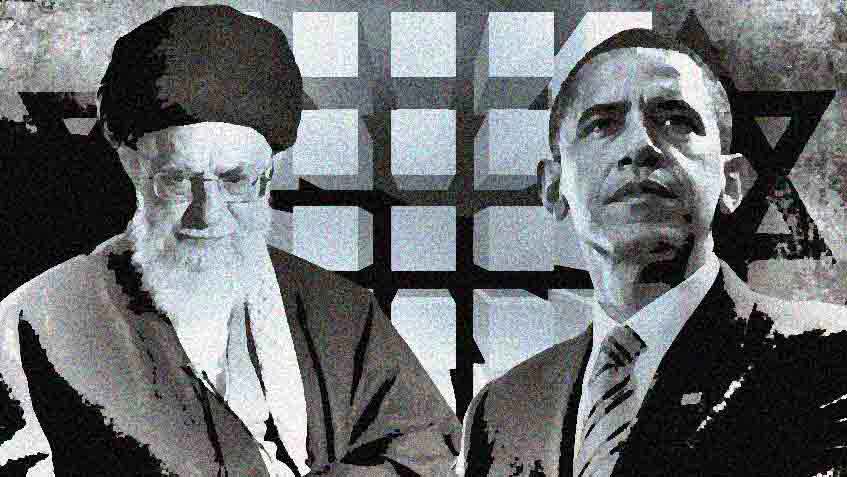 by Hooshang Amirahmadi in Articles & Interviews

At the AIC Conference on September 24, 2015
Steptoe Building, Washington, DC

Dr. Amirahmadi began by thanking Ms. Andrea Gacki for accepting to speak at the AIC event, and the Office of Foreign Assets Control of the Treasury Department for trusting the American Iranian Council with a unique OFAC License to operate an office in Iran. He then went on to note that the AIC has been around for 25 years and has been helpful to U.S.-Iran relations in many ways including shuttle diplomacy.  The Council also organized path breaking conferences where statesmen and stateswomen like Cyrus Vance, Madeleine Albright, Joe Biden, John Kerry and Chuck Hagel spoke.

The Council has throughout operated on the basis of the assumption that the common interests of Iran and the US far outweigh their differences and that one day, sooner or later, the two nations will reconcile and establish normal relations.

Dr. Amirahmadi also underscored the fact that the Council never supported sanctions of any type and was against war for any reason. It is the only organization of its kind that can claim to have consistently advocated diplomacy for settling US-Iran disputes. He said that while sanctions can hurt, it can never bring nations to their knees, and Iran is no exception. He also reminded the audience that sanctions and isolation fatten dictators while trade and diplomacy melts them away.

Professor Amirahmadi noted that the AIC supported the nuclear negations in the hope that it will lead to improved relations, and eventually to normal relations, between the US and Iran. To that end, he said, the JCPOA must be fully implemented as otherwise relations can even worsen given the problems remaining in the relationship including the regional conflicts and terrorism.

While JCPOA’s implementation is critical, the two nations must also simultaneously move towards resolving other disputes. In this connection, he noted that unless relations between the two nations become normal, the nuclear issue will not be fully normalized as one cannot normalize one dispute in the context of an abnormal relationship.

Dr. Amirahmadi reminded his audience that the sole reason why Iran negotiated the JCPOA is to get serious relief from sanctions. Both the people and government are on the same page regarding sanctions and they both remain concern about the extent of the relief. They are wishful that all sanctions will be lifted and they are hopeful that the JCPOA will have a positive impact on their life.

I saw this burning desire in the country when I was there this last August (2015).  The wealthy is certain to benefit while the middle class is focused on political opening that might follow. The least expectant is the working people but they too cannot offered to be hopeless. This last group needs the JCPOA the most though in reality it may benefit from the least from the deal.

In regards to sanctions relief, Dr. Amirahmadi raised a serious concern that the US seems to be repeating the mistake it made after opening to Vietnam. While the US allowed other nations to expand business with Vietnam, it continued to enforce its sanctions on its own “legal entities” for many more years. As a result, when at a later date American firms were allowed to enter Vietnamese market, they found themselves serving European firms as their subcontractors.  Dr. Amirahmadi said he is afraid that the US will “Veitnamize” Iran as is evidenced by the JCPOA.

Finally, Dr. Amirahmadi pointed out that in Iran he saw a restless nation, one hoping to move forward on all fronts, domestic and international, but also nervous that they may continue to stagnate. The Islamic Republic must resolve the country’s political economy and international problems through serious institutional and structural reforms to maintain stability. A weaker Iran will be disastrous for its already chaotic region as was the case immediately after the 1979 revolution. 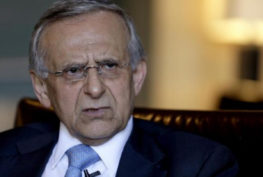 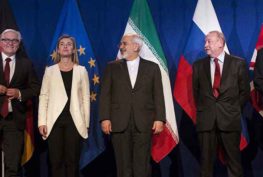 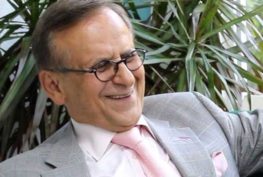